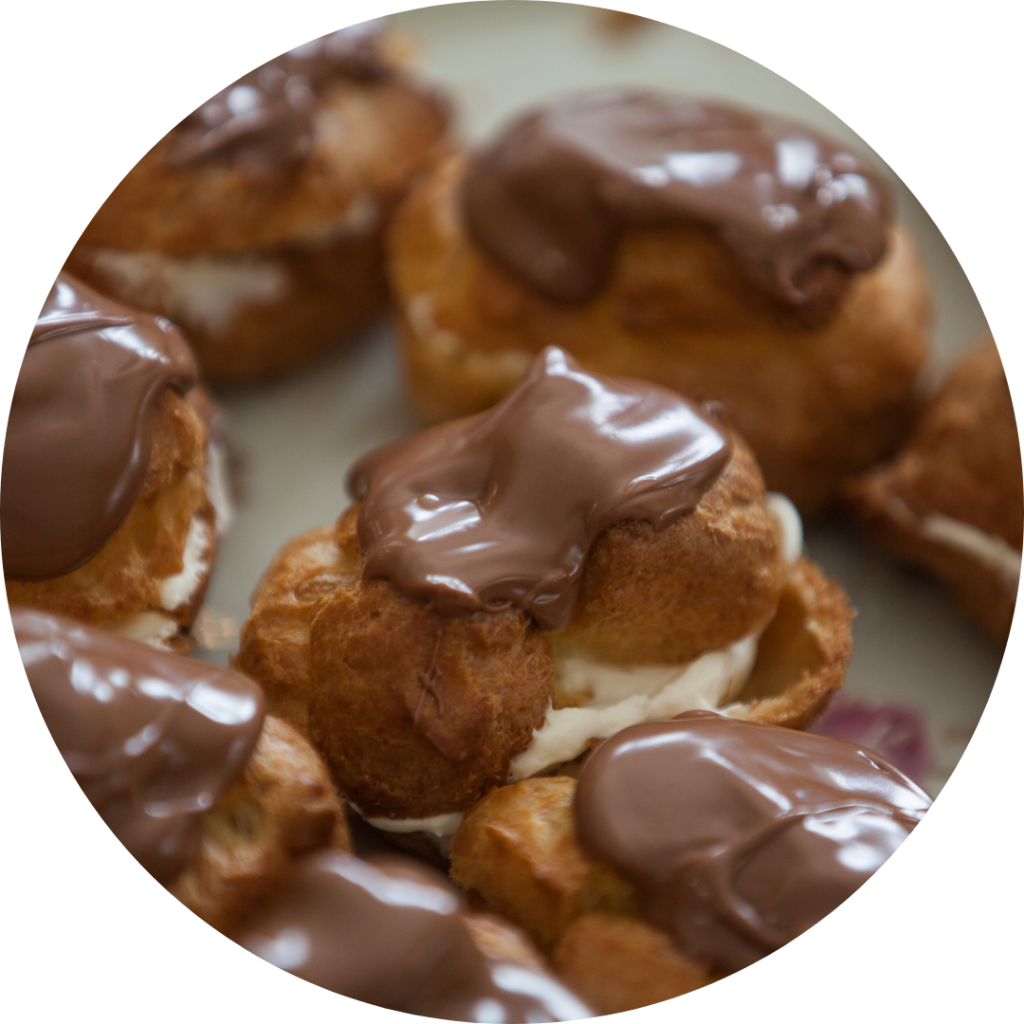 For the Choux Profiteroles

For the chocolate sauce

1.    Set oven temperature to 220C. Boil the water and butter together, mixing well.  Remove from the heat and add the flour.  The mixture should come away from the side of the side of the saucepan clean, creating a thick choux.  Allow the choux to cool down a bit, enough to take the egg.  Then mix in the eggs one by one.  When well mixed put into a piping bag and pipe small balls out onto a tray. There should be enough for at least 60 balls.  Put into the oven for 20 minutes then turn down to 140C for a further 20 minutes or until dried out.   Remove from the oven and allow to cool.

2.    To make the crème pâtissière, put the egg yolks, flour, cornflour and sugar in a bowl and whisk with a balloon whisk to combine. Bring the milk to the boil in a saucepan, then remove from the heat and pour on to the egg mixture, whisking all the time. Return the mixture to the pan and heat slowly, stirring constantly, until it starts to thicken. Continue to cook for 1–2 minutes, stirring all the time. Remove from the heat and push through a sieve into a bowl. Cover with cling film and leave to cool completely.  Whip the cream to very soft peaks and fold it into the crème pâtissière.

3.    To fill the choux buns first make a hole in the bottom of the buns.  Pipe the crème pâtissière mixture into each bun. Make into a mountain.

5.    When ready to fill the choux buns, first whisk the 100ml whipping cream to a soft peak then add to the crème pâtissière and fold in well. Spoon into a piping bag with a fine nozzle. Make a small hole at the base of the bun and pipe some crème into the choux bun.

6.    To serve, put 4 or 5 profiteroles in the middle of the plate. Pour over the warm chocolate sauce, and garnish with mint and icing sugar.